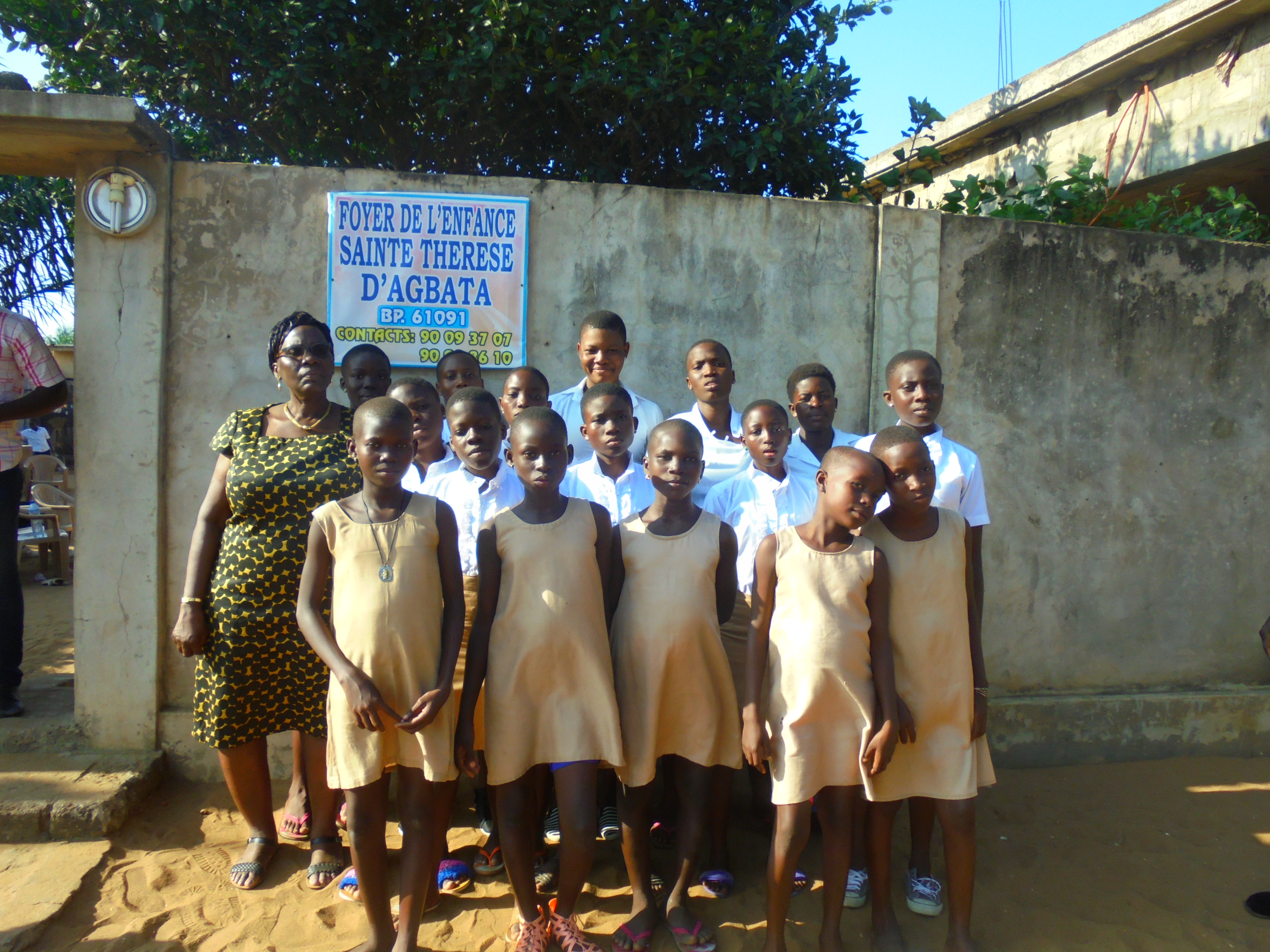 For the protection and the rights of children, Mrs Dopé Adjoko Pessou Benedicta KOUDADJE-ASSAGBA (Founder and Executive Director of NGO CREDO-ACTION) inititated an “all-female”orphanage in 2008. Its name is Foyer de l’Enfance Sainte Thérèse d’Agbata , (Sainte Thérèse of Agbata Children’s home in English).

In this reception center of fifty (50) places, sixteen (16) girls are financially and materially supported in the pursuit of their school curricula and success in life.

In addition to schooling, these girls in the orphanage receive practical training in income-generating activities such as the manufacture of local soap, liquid soap, coconut vegetable oil, vegetable garden, knitting…

TOGO is one of the poorest countries in the world with an alarming social situation despite the efforts made in this sector. In recent years, the number of street children, vulnerable children, and orphans is increasing and childcare facilities are often overwhelmed and often even forced to refuse these children for lack of means. In 2013, according to a survey by the Ministry of Social Action, there are 23,163 orphans of both parents, 82,164 orphans of the father and 120,413 maternal orphans, for a total of 225,740 orphans across the country. Despite this high number, there are only 12 centers of orphanages with capacity for 50 orphans and only 100 000 children are taken into care by the Social Action Department. So we end up with more than 125,740 abandoned children in the street and left to their fate. Such an alarming situation led us to build our orphanage center called “Foyer de l’Enfance Sainte Thérèse d’Agbata” (Sainte Thérèse of Agbata Children’s home in English) in 2008 with a reception capacity of 20 orphans.

Our orphanage is an “all-female” one, firstly because girls are more vulnerable than boys and secondly they are future mothers, hence prospective main actresses of education.